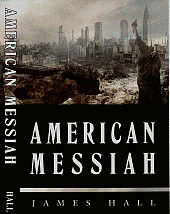 Tietoja minustaI sometimes go by the name Pharaoh. Pharaoh is not a egomaniacal statement. Instead, it stresses that all men and women (regardless of race, color or creed) are kings and Queens in a spiritual sense. We are spiritual being enjoying a human experience. The space/time continuum is but a playground. The Garden of Eden if you will. Let us remember what we have forgotten, restore what we have lost, and the planet, indeed all of existence, will benefit. Love of life is what I offer: human/spiritual fellowship is what I seek. My passion is writing. My novels deliver classic tales, told with post-modern twists, meaty tales seasoned with romance and betrayal, fellowship and envy, good and evil, war and peace, love and hate, and life and death. My books suggest a transcendence of irreconcilable opposites, a union with all life.

Tietoja kirjastostaniI've been a rapacious reader since the age of twelve. I was the moth, and Langston, Ellison, Dunbar, Baldwin and Hurston were the flames. Just to name a few. However, I can’t leave out Maya. She taught me why the caged bird sings.

As long as I can remember, I’ve been in search of the cosmological secrets of the Universe, or the meaning of life. When my undergraduate and graduate courses failed to deliver, my search turned to metaphysics including: Carlos Castaneda's The Teachings of Don Juan, Joseph Pearce’s Crack in the Cosmic Egg and Zen and the Art of Motorcycle Maintenance by Robert M. Pirsig. These works led me delve into more scholarly offerings. Which included Carl Jung and Joseph Campbell and their theories regarding symbols, myths and the collective subconscious.

Along the way I became enthralled with classical African civilizations, including Egypt, Nubia and Cush. I feasted at the academician table of African authors as they spun truths of African giants who walked the earth. Around 1995 my mother pleaded with me to put my ranting down on paper. She plus the fact that Barnes and Nobles didn’t offer any Afro-centric/Jungian/ Zen/ Christian/Quantum Theory novels lead me to write. The result was American Messiah, a post-apocalyptic novel. Had I known what an arduous undertaking it would be, I would have never started it in the first place. Inexperience has its advantages.


Around the turn of the century, personal issues then lead me to inscribe my memoir, Between Shadow and Smoke. Toni Morrison’s The Songs of Salmon and E. Lynn Harris’s own life story would serve as my literary and emotional compass. I lost my nerves several times, and sailed back to shore.

However, in the end, I knew that I have no other choice but to plunge head long into the icy, but often healing waters of life. I pray that absolution and spiritual expurgation lies in wait at the other side, waiting to caress me, suckle me and restore me. (Excerpt from Between Shadow and Smoke)


The spiritual voyage to the farthest regions of my past left my exhausted and often terrified, yet restored.

The Celestine Prophesy and later the Alchemist resurrected my passion for the genre and Secret of the Nile Valley was born, my third novel. The escalating crisis in the Middle East, Darfur, and the attacks on American soil moved me to render a more worthy planetary paradigm, an alternate path for the world, if you will. For the first time I was faced with a totally unfamiliar backdrop, as the plot spanned the globe. I took advantage of every community resource from visiting authors to campus lectures. But, my trusty library card proved the most valuable.

RyhmätBooks that made me think