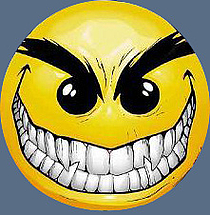 Tietoja minustaThe center of the universe.

LibraryThing's almost unlimited tagging ability provides a uniquely flexible platform for organization of virtually any collection, although I have stopped cataloging perishables due to time constraints. Besides, there is no adequate way to use LibraryThing to track expiration dates, which would be imperative if one were to catalog perishables. I can see using it for wine collections, but I don't really collect wines. Unscrew and drink is my motto.

In my opinion, the perfect tag consists of not less than 5 nor more than 11 letters, with at least two syllables, always ending in a vowel, and never having a double "e", double "o", or double "t". So far, I have been successful at following my own rules, but it is getting increasingly difficult, as my tags now number over 2600 unique identifiers and I am adding additional ones at the rate of more than 50 per week. Obviously, I am not using "per" or "week" as tags, and never will. My individual items range from those having only one tag to a few having more than 40. I have also found that the use of ALL CAPS tags helps to highlight those which are most relevant to my classification system. In the future I expect to begin using mixed tags (combinations of letters and numbers). But that is a long way off. One thing I know I will never do, except sometimes, is use tags that consist of more than one word. That would be too confusing. But, I love the fact that you can alphabetize tags, something I do frequently. However, it would be nice if you could alphabetize in reverse order. Maybe that is one of those new features they are working on.

Another thing I like about LibraryThing is the tabs at the top of the page. I wish users could create their own tabs. For example, I would like to have tabs that only bring up items of a certain color, or perhaps country of manufacture. That would be very helpful for me and I am sure for other users. I also wish that LibraryThing would change the color scheme. I would prefer something like mint green instead of the pinkish color that predominates. It looks a lot like vomit produced after eating a bad oyster. Just my opinion.

I also try to review all of my items, but have a concern that I am somewhat subjective in my assignment of the number of stars. I have even flagged myself for abuse several times for being excessively cruel in my assessment of some of my cataloged possessions. At least I don't plagiarize myself. I have to admit that I have given myself a few thumbs up for particularly insightful reviews, especially those in my specialty: yellow telephones from the 1960's. I do wish there was a way to separate reviews into product categories. For example, the review of "Tin Cup" on LibraryThing has nothing whatsoever to do with my extensive collection of tin cups. I should also note that there are less than 10 copies of "Tin Cup" owned by LibraryThing members, but my collection of tin cups contains more than 60 items.

Let's get this out of the way. Some argue that there are more important things in life than whether the reviews on LibraryThing are properly written. I disagree. There is no more important source of knowledge than user written book reviews on LibraryThing. I don't do anything in life without checking whether there is a relevant book review on LibraryThing. I never look at reviews that have a thumbs down, and I always make sure that reviewers have at least 2 books in their own library to ensure that they are literary experts. I prefer reviews by those who have developed complex tagging systems (kindred spirits) and tell us all about them. I have noticed that people from Texas have a particularly well-honed sense of self-importance. Therefore, I always read reviews from Texans first. If I ever buy any books, I will make my purchases based on LibraryThing reviews, which are the highest form of literary art.

Keeping my LibraryThing catalog up-to-date is my main activity (except eating and sleeping, of course). LibraryThing has become my vocation and sole avocation, and dare I say, perhaps obsession, since I discovered it several years ago. I try to limit myself to 10-12 hours per day. The bulk of that time is spent updating the comments section for each item with the latest ebay price quote. Even so, I still have thousands of items to catalog, including my superb collection of The New York Times. I have complete first editions of every issue since April 16, 1967 (the City Edition until October 8, 2001, and then the National Edition from October 9, 2001)! It is amazing how often I refer to these gems of erudition. Alas, until the Times gets with the program and starts using ISBN numbers, I doubt if I'll ever get started on cataloging my collection.

My long term goal is to have the patience to read a book and start collecting a few. I have always found that books cannot keep my attention long enough to finish more than 20-30 pages. I have started to read book reviews and expect to purchase my first book since college days soon. I am certainly tempted to collect books now that the indispensable product description fields are available. There is certainly no more important information than the width and height of books, not to mention their weights. However, the LibraryThing developers have neglected to include fields for font type and size, which would provide much needed information for anyone contemplating actually reading a particular book. Given the choice between 2 or more editions of the same book, that information could be critical to my decision of which to buy. However, given that few of my items are actually books, the width, height and weight fields will be immensely useful. As for books, unlike a lot of LibraryThing users, I think it is immoral, not to mention nonsensical, to catalog items you don't actually possess. But enough about me....

As it seems to be customary for LibraryThing profiles to include some profundity, I'll end with my favorite quote: