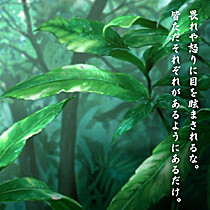 "Wherefore I bid you mistrust the opinions of the multitude, for they force you back into yourself and hinder you from growing in stature"

"But them I call the rabble who hang on others’ words and gestures, and, chameleon-wise, take their color from them, truckling to their benefactors, relishing applause, and making themselves the mirror of the multitude. Never do you find such men faithful wardens of their heritage, like a citadel; nor do they hand down their password from generation to generation; but rather let their children grow at random, without molding them. And everywhere they breed, like fungus, on the face of the earth."

"Bitter, rather, is the lot of him who is understood and borne aloft in triumph, thanked, honored and enriched. For soon he is puffed up with vulgar self-esteem and barters his starry nights for things that can be bought and sold. Yet hitherto he was richer than those others, nobler and more admirable."

"If you shout loudly, it is because, your own language being inadequate, you want to drown others’ voices."

"How should they know in a language which describes but fails to grasp, two truths can be at variance ... For truths may clash without contradicting each other"

"For there is no distinction between that which ravages and that which stablishes you; it is the selfsame wind that carves the dunes and rubs them out"

“But love of the dance does not mean love of you, the dancer. Your significance flows from your work of art; it is not the work of art that draws its prestige from you. And never will you perfect yourself, save in death. Only a vain woman is satisfied with herself. She has nothing to get from you but your applause. But we despise such cravings, we the eternal seekers, aspiring Godwards; for nothing in ourselves can ever satisfy us.”

Tietoja kirjastostaniAll books listed in my library are books that I have read, but do not necessarily own.

Book Ratings
I like books to be both thought-provoking and enjoyable to read. Books that are only one or the other - dry mental meat or mindless entertainment - are not rated as high. Certain thematic elements that are not my "cup of tea" may also hurt a book's rating (when not outweighed by other positive attributes).

Occasionally, otherwise decent books become victims of my mood, and end up with a low rating simply because something about the book irritated me (pretentious writing style, etc). Other times books that I didn't really *like* may have fairly high ratings if they helped me formulate or refine my ideas on a subject (even if they were a counterpoint rather than affirmation of my own thoughts).

★ = books that did not interest me or had few redeeming qualities
★★ = some good aspects, but overall too boring (or otherwise distasteful) to be rated any higher
★★★ = neutral rating for decent books (books I would describe as "ok" or "not bad")
★★★★ = good, above average books that were interesting or entertaining to read
★★★★★ = favorites

Manga Ratings
I only read manga for entertainment and don't expect anything very thoughtful or profound (though it's always a nice bonus). My ratings are mostly based on how well I liked the story, character development and artwork.