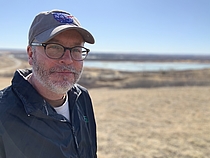 Tietoja minustaI'm an avid, passionate reader; books have been an essential part of my life since childhood.

I'm 55 years old and a full time author--I "turned pro" over 30 years ago and have over a dozen books/chapbooks/e-books, 100+ published stories and 15 major anthology appearances to my credit. I've also written for the radio and stage and two of my efforts have been optioned for adaptation into films.

Since 1990 I have been an independent (indie) publisher and author. I have my own imprint, Black Dog Press, and publish my work exclusively there...or through my blog.

Other books in my growing catalog: THE LAST HUNT (ISBN: 978-0-9694853-5-3; March, 2012), SO DARK THE NIGHT (ISBN 978-0-9694853-3-9) and OF THE NIGHT (ISBN 978-0-9694853-4-6). All of them can be purchased through my site or from various other venues (including your favorite bookstore)--there are also Kindle and e-book versions available. The latter two books are part of a loose "cycle" of supernatural mystery/occult thrillers set in the fictional city of Ilium. Excerpts are posted on my blog (see "Homepage" below) and can be downloaded FREE, under the terms of Creative Commons.

As for current projects, you can be certain I'm bending my brain on a new novel, short story, or maybe an essay, review, monologue, anything that comes to mind. The daily practice of writing is important to me, crucial to my sense of identity and purpose. I write or else I begin to lose definition, fade away. Like Robert Penn Warren says, it's "the pain I can't live without". Amen to that.

Tietoja kirjastostaniI'm gradually adding more and more of my books to LibraryThing but it's a slow and sporadic process. I think you can get a good idea as to my tastes from the diversity of the tomes on my virtual shelves. Eclectic, to say the least. I don't care to guess how many books cram the house I share with my wife (it's a touchy subject). I am a lifelong bibliophile, can't pass a used bookstore or garage sale without feeling the urge to pop in for a quick look. It's a sickness, really.

Don't have a lot of valuable books, per se, but there are a number I especially treasure including first edition Philip K. Dick volumes and a couple of signed books from the likes of Richard Matheson and Philip Jose Farmer.

I love great writing--my all-time favorite books are Anthony Burgess' EARTHLY POWERS, Wilton Barnhardt's GOSPEL and everything James Crumley ever committed to paper. I have great admiration for literary titans like Cormac McCarthy, Don DeLillo, Paul Auster, Colson Whitehead and...well, that's enough. I won't belabor the point. I am a literary snob and I confess I don't read much for pleasure, which is why I avoid a lot of the genre stuff I used to get into a decade ago. Still enjoy dipping in to Iain Banks or Alastair Reynolds and when I need a quick pick me up I have been known to sneak away and read a Philip Kerr "Bernie Gunther" thriller in a single sitting.

These days I'm seeking out authors who work far off the beaten track; unheralded, laboring in obscurity, but producing prose of intelligence, grace and originality. I'm always looking for a tip, someone who might have slipped under my radar, another Bruno Schulz or Nicholas Christopher. If anyone comes to mind, by all means, drop me a line...